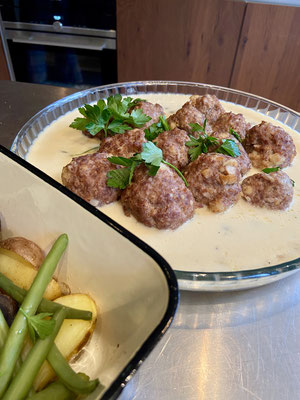 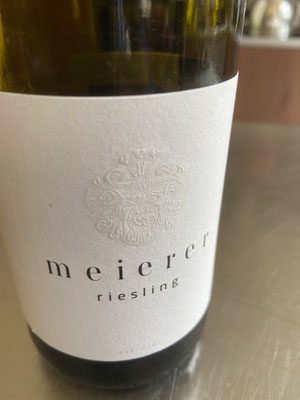 A wine from Germany’s most Western winemaking area meets a traditional German dish that could hardly reach any further East, originating from a formerly Prussian city today known as Kaliningrad, in Russia. The Meatballs from Königsberg, as one would loosely translate the dishes name, used to have a Sunday roast status… but that’s decades ago. The Klöpse have largely fallen out of favour in German kitchens. Why? Possibly due to their particular ingredients and cooking method: a mix of minced pork and beef, capers, anchovies, all of that slowly simmered in broth, and served in a sauce loaded with butter and flour. Typical German food. That’s so grandma. And tastes amazing. The Riesling Paulinsberg, acquired at last Mosel Wine Tour, flexes hot summer 2018 muscles. Juicy, fleshy, loaded with yellow fruit and an acidity inviting another sip, and another one and another one and another one….